Today’s blog is so important it’s incredible that I haven’t written about it before. Because of my history of healing illness I have become accustomed to this investigation and take it for granted.

But I know a lot of people, most in fact, don’t do this, don’t want to do it, or don’t know how to do it.
I presume in many ways it’s simply that people don’t know the benefits of this level of responsibility and are also so busy with their lives that they don’t have time, or even interest in it.

What am I talking about? 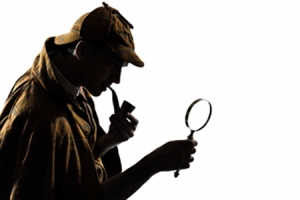 I am talking specifically about becoming an open investigator of your illness, and its connection to your life, beliefs, thoughts, emotions and circumstances, even your karma, astrology and genetic predisposition.

It doesn’t sound like a big deal but this one thing can be the difference between healing and not healing, or transforming or not transforming.
Because, you see, for me, illness is always a calling to transformation of some sort. Illness is always calling us to change something. And I am talking mostly about the chronic illnesses that are running rampant across the world.

In my own life I have explored this area extensively. When the first symptoms of what they finally called ‘Ulcerative Colitis’ emerged in 2004 one of the first things I did was type them into a rather prehistoric google. It was pretty basic even then. But I got the shock of my life when I saw the horror my symptoms suggested, all involving a nightmare of treatment and inevitable death. Once I got past the shock I kept going, and have kept going ever since.

I investigate, and I inquire to see how investigations ‘feel.’ Illness, in my experience, does not necessarily have one cause. It’s a conspiration of things that result in this symptomology that we respond to. Particularly with chronic disease, which has been slowly building for many years under the surface, there are going to be many aspects, many components that have arisen as this one thing, our symptom.

And we respond to this symptom as though it was singular and we can simply treat it singularly, either with a medication or a vitamin, mineral or food. And while that may be kind of true-ish, its not really true, as anyone who has healed their illness will testify.

You don’t heal unless you explore your illness on all levels of being, and you treat it in a number of ways. Thats just the way it is.

It is designed to wake you up, and part of that waking up is to become empowered and knowledgable.
That knowledge is both knowledge of the world and what might be contributing to your illness on the causative level, and knowledge of your self.

This connection between the two is where you start to see patterns in your life, patterns in how your body reacts, patterns of hidden beliefs that might not be beneficial to you. I’m talking about core beliefs, because core beliefs are the ones that really run the show physically. Your core beliefs and your immune system, nervous system, and all other unconscious physical actions, are inherently hard wired together. They are symbiotic in their relationship, an action in one does not always cause an action in the other, but there is a profound relationship between them.

If you have core wound issues, and its almost certain that, if you are ill, addicted, depressed, or lost, you have, they will absolutely definitely be affecting your autonomic systems. I can testify to this myself and have made the connection. When I did make the connection and saw how I was contributing to my own downfall, not just physically but psychically, psychologically and emotionally, it changed everything for me. I became a master of myself and my system. It didn’t mean I healed in an instant, no miracles took place, but it meant I had a deeper understanding of myself, and that meant I could dig ever deeper, forgive and let go, and relax all tension and anxiety, fear and anger.

Do not under estimate the power of epiphany in healing. Epiphany is what some people describe these days as an ‘Ah Ha!’ moment. It is that moment when things that have seemed separate and unrelated suddenly join together and make total sense. It is as though you suddenly see the picture that was obscured until that moment.

It is my firm belief that this Ah Ha! moment is key to healing, at least to healing the disassociated mind and its errant beliefs. It is my belief that this moment has the capacity to kick start an energetic flow previously locked up and dormant. It is as though the dam wall has been smashed and the water is allowed to flow, and the water flows and floods the whole valley, bringing nourishment to what was previously dry and barren.

And of course if this epiphany is not followed by action it will be rendered ineffective. Its the same with spiritual epiphany. If its not lived in the body (called embodiment) it remains a mental abstraction and is ultimately useless. These realisations need to penetrate the cells of the body to bring them fully to life.

None of this is likely to happen unless you are prepared to inquire, investigate and learn. the path of learning is fraught with pot holes. 9 times out of 10 your inquiry might lead nowhere. But this is the truth. If you keep on going, the 1 time out of the 10 that you do make it will be worth all other failures…guaranteed. Something happens when you keep going, when you persist, when you deepen and maintain your search.

In my coaching we are looking for this Ah Ha moment, what I call epiphany of understanding. It’s that important, and important in all areas of life, whether its relationship, work, purpose, creativity or anything, and it doesn’t happen without investigation.

Thanks for reading, have a great investigative day!