I have just looked back at my blogs for the past year or so and noticed I have never really talked much specifically about detoxification and whether it is important, what it means, what I have done and what you might want to do.

I am biased. Lets get that clear right from the start. Until 2004, and from that time on, I had never heard of ‘detoxification.’ Even though I had seen Chinese doctors and a homeopath, I had no idea what it really meant, or whether it was relevant or not.

I was sick by that time. Toxic, inflamed, rosacea all over my face, liver problems, passing out, pain everywhere, headaches and generally feeling tired and deathly. 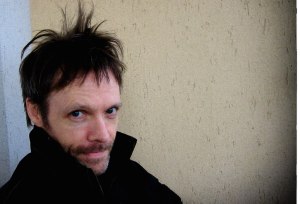 Since that time, as well as being incredibly ill for a number of years (some of you know my history of Inflammatory Bowel Disease, and since then Hashimotos (thyroid), fungal issues and mysterious rashes), I have done some MAJOR detoxification programs, treatments and home remedies.

My own personal view, born from experience, research and other people’s testimonies, is that detoxification is fundamentally important for real health and healing to happen. As I said, I am biased. I don’t believe I would have made the recovery I have without some major detoxification.

But the proof, at least anecdotal proof, is there for all with eyes to see. People who don’t do any detoxification of any sort get sick. people who are sick and go on detoxification programs stand at least a chance of getting healed.

What is detoxification?
Wikipedia tells us: Detoxification or detoxication (detox for short) is the physiological or medicinal removal of toxic substances from a living organism, including the human body, which is mainly carried out by the liver. https://en.wikipedia.org/wiki/Detoxification
They tend to use the term to describe those coming off addictive drugs or those who have been poisoned.

To be sure, there is clinical detoxification, usually in the form of methylation of toxic heavy metals. This is a good article: https://www.ncbi.nlm.nih.gov/pmc/articles/PMC3239317/

The issue I’m really addressing is the alternative arena. From juice fasting to water fasting, from liver enemas to colon cleansing, and from Ayurvedic Panchakarma treatment to Raw Vegan Diet, you can pick a method and experiment, try one for a few days, get bored and jump to another, ad infinitum. And if your issue is weight control, and you have read or been told that detox is going to do it for you, you can spend years jumping from one method to another method, and spend a lot of money and waste a lot of time.

There is nothing worse than going through the hardship of a severe detox program only to abandon it after realizing that it’s not doing what it ‘says on the packet.’ It’s frustrating and disheartening.

But if you are sick with chronic disease, and it’s getting worse, or you have been diagnosed with cancer, and it’s urgent, and you are called to try detoxification, you don’t have the luxury of ‘trying things out and jumping ship.’

Honestly, I’m not saying I have any answers at all. I just want to open up the conversation to a more open minded one. I don’t much care for closed minds and entrenched positions, even from experts. So let’s be clear, I’m just talking around the whole subject here, and mostly only from personal experience. Search the internet and talk to lot’s of people, experts, those who have been through detoxification and healed, and those who haven’t, and find out as much as you can before you dive in.

And when you dive in, do so fully. Half hearted detoxification is an absolute waste of time. In fact stirring up the hornets nest of toxins that might be hidden inside your body, in places strategically placed there years ago by an overloaded liver, might be the worst thing you could do.

I have done 3 Ayurvedic panchakarmas in India, each one between 4 and 6 weeks. Not a week or a few days. 6 weeks! Thats a long time to be cleaning the body. Believe me , it’s incredibly deep and extremely powerful. And not just on the physical level. It impacts mind, body and spirit.
A short explanation of panchakarma: https://www.ayurvedichealing.net/panchakarma/

Of all the modalities and programs I have tried, this has been the deepest and most transformative. It gets to places other methods don’t. It gets deep into the joint, tissues and even the bones. It softens the body up over time so the body willingly releases what it no longer needs. It works WITH the body, not against it. The trouble with many modern detox methods is that they feel quite aggressive. And I have discovered that you just cant’t force the body to let go of what it’s held onto for years. It has to be encouraged through softness. 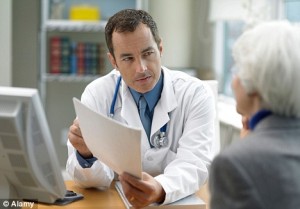 The root belief here is that toxins lie dormant in the body and accumulate over the years. These toxins, in the form of heavy metals, pesticides, herbicides, all manner of coloring agents, plastics, and dangerous chemicals, as well as parasites, viruses and other antagonists, are often stored by the liver when it is called to deal with something potentially harmful to the body but not able to be eliminated. Over time, it could be years and it could be decades, the build up of accumulated toxins, coupled with bad diet and no exercise (for example) creates the ‘overflowing bucket syndrome,’ and that is when disturbing persistent and increasingly dangerous symptoms manifest, the kind that cannot be ignored.

That is when the disease is often fully diagnosed. It has been coming for a long time, drip by drip. But it was neglected or dealt with ‘half’heartedly’ and then bam!

Very often this is also when medication itself is used, which may suppress symptoms for a while, but the big trouble with medication is….It is toxic!

The argument for detoxification is that by practicing focused and proper detoxification, not just once but as a new ‘lifestyle’ choice, removing the antagonist toxins embedded in the body’s hiding places, that body can start the healing process. Toxins put such a load on the body it’s impossible for healing to take place at the same time as their presence. So to heal it makes sense that toxins must have to be removed. The body will heal when it can turn its attention fully to that healing. But while it is preoccupied with the inflammatory effects of its current toxic load it can barely survive, in fact as we see, it often can’t. That’s chronic disease right there.

That is why those who have really delved into the true power of detoxification are absolutely dedicated to it’s power and efficacy. I have to admit to be one of those people.

So, if I have gone any way towards convincing you detoxification might be useful, and I hope I have, which kind is most useful, dramatic or gradual?

I’m not as in favor of the dramatic as I used to be, simply because of the fact that change takes time, the body takes time, and healing takes time. Unless you have been poisoned, chronic illness and symptoms haven taken time to build up, and they will surely take time to recede into the background. If you start a genuine and consistent healing foods detoxification program and keep to it, it will surely help.

But you should do this anyway, regardless of your state of illness or not. Eating seasonally, AS WE ARE DESIGNED TO DO, naturally supports a kind of seasonal elimination and recalibration. Nature does this anyway, animals do it. We have forgotten because we can buy everything imported and we don’t grow our own crops.
This book by Dr Duillard is fabulous about eating seasonally and naturally. We have the paperback but this ebook is a bargain right now. https://lifespa.com/3-season-diet-ebook-flash-sale/ 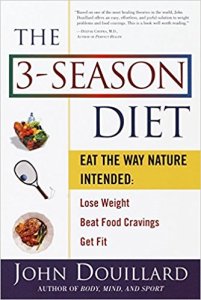 If you couple this with some deeper and more radical cleansing, possibly some fasting when done properly, or a panchakarma if you can find one in the west (even a 5 day is good), or a good clinical methylation to remove heavy metals, you will begin to feel benefits.

The thing that I have noticed is that its the mental attitude to detoxification, diet and healing, that really underpins whether it might work or not. If you aren’t really into it, if you have massive doubts, or if you approach it with the half heartedness I talked about, you are onto a loser. If you embrace the adventure and the unknown, the absolute mystery of it, you might be very surprised by it’s power.

Remember this. Nearly ALL old religions and cultures have practiced one form of detoxification or another. Consider Jesus going into the desert for 40 days and nights. Consider Ramadam, a month long fasting program, and of course Ayurveda itself is rooted in ancient history. Steams, saunas, even sweat lodges, acupuncture and chinese medicine, all attend to the detoxification process, and all are ancient practices. It’s been around for a long time.

So this blog went much longer than I expected, and it’s not even touched the surface. I am no expert on this. But I honestly believe that my healing has in large part been down to so much detoxification. Don’t dismiss it, and if you aren’t really healing , maybe it’s because you are not really getting deep enough into the body.

Thank you so much for reading. Please comment if you can add anything useful or just drop me a line.

Have a great day. 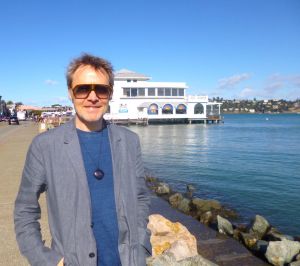